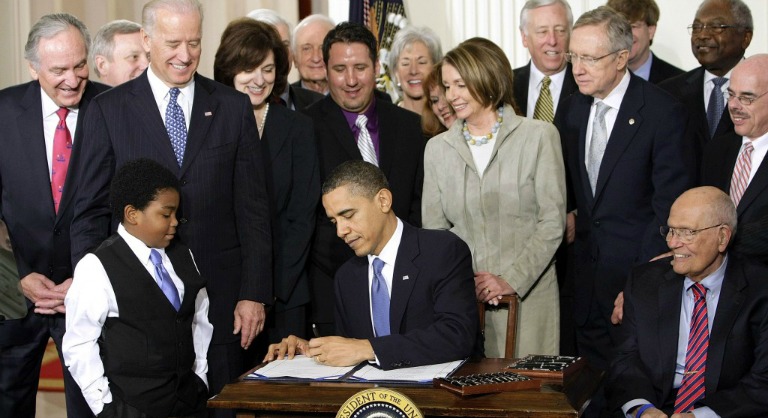 When they say repeal Obamacare! What do they mean…

Now that they have a total majority they don’t know what to do.

Everyone know that they must keep the popular part: the right to be insured which is basically: the no pre-existing condition issue.

Other parts are not less important such as no time limit to how much you would cost to the insurance company but they are not so clearly perceived by the general public.

If you thought that the issue is the subsidy, or put bluntly, the cost to the government. This is false. The subsidy is YOUR tax return advanced to you! That the real ‘help’ to YOU but that was supposed to help the Insurance company.

The reason why Georgia (Atlanta) was left with 3 insurance companies: Ambetter, Kaiser Permanente and Blue Shield Blue Cross is because this year the Law stated that the government does not cover anymore the deficit of the insurers after the first three years. So they took the money and run away! By the way many counties have only two insurance companies (Cobb) or even one many of the rural areas.

We must fight for the right to healthcare for all. That means secure the fact that insurance benefits will be universal. That goes beyond the non-exclusion. They will keep the no pre-existing condition but they will market plans that are cheap because they don’t have value. We must guarantee that basic care needs be included and standardized, what the Obamacare refers to as 10 essential benefits. We know that they will do attack this part of Obamacare. We saw how they shorten their hospitals and doctors networks , increased the deductibles,  all under the pretext to save money to the healthcare system.

Which brings us to the other components that are not very well known to the public. The decrease of healthcare cost to the system is due to several mechanisms in the Law which changed the way care is administered to us. The most important is the move to look at the patient and not at the procedures and to pay per care per patient and not by procedures. Doctors and hospitals have now to be responsible to avoid waste and abuse or they are penalized. No more, the specialist ordering the test that was already given by the Family practitioner to cut a bit of profit to the doctor practice. As on e doctor said “If My rating is impacted by the waste caused by the specialist I refer my patients to, I will change the specialist” That our tax dollars put to work and it is Obamacare as well as the other more visible aspects of the ACA.

Also the recognition that health disparities are man-made and that there are social determinants such as poverty, race, education. The law addresses these issues and they are core to the Affordable Care Act. The Law includes a Center to research these disparities and made recommendations. We already see medicine turning to communities in poverty areas to address together housing, food security, etc. the beneficiary are us as it is  to support patients  and prevent highest rate of readmission to hospital

Bottom Line:  the focus on the twenty millions now insured is only one part of the fight. We have a bigger interest than solving this issue. We have to deal with the roots of health disparities which impair our communities, drain our resources, and harm our spirit.