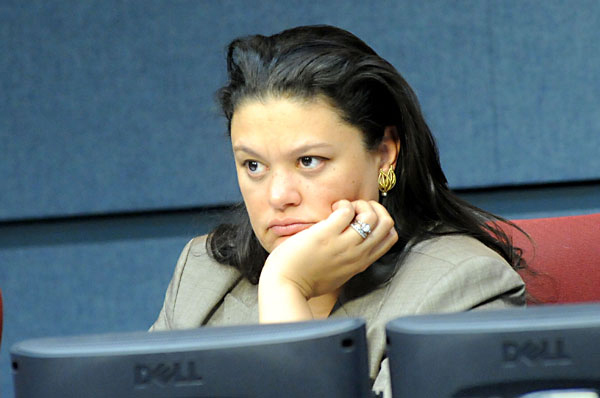 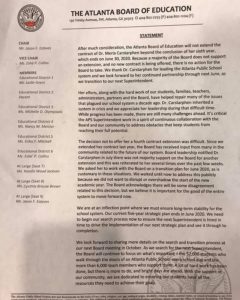 According to the above letter, Atlanta Public Schools has confirmed they will not be renewing Dr. Meria Carstarphen’s contract as superintendent.
The Atlanta Board of Education called a special meeting on Monday morning where members met in executive session to discuss her future with Atlanta Public Schools
The school board decided in July not renew Carstarphen’s contract, but delayed making it public inorder to have a smooth opening of the 2019 school year.
Many board members were against renewing her contract, despite being confronted by parents about who were for Carstarphen’s renewal.

Carstarphen, who has hired in 2014, has been both praised and vilified for her attempts to turn around Atlanta Public Schools in the wake of the standardized test cheating scandal.
The Atlanta Federation of Teachers issued a statement Sunday insisting that Carstarphen “must go.” The teachers group said the superintendent had pursued “privatization” by outsourcing the daily operations of six schools to charter school groups. However, her tenure had been championed U.S. Rep. John Lewis, former mayors Shirley Franklin and Andrew Young and the Buckhead Coalition.
Just last month, APS posted improved Milestone testing scores and graduation statistics and Carstarphen celebrated the topping out of the soon-to-open Howard Middle School in the Old Fourth Ward.