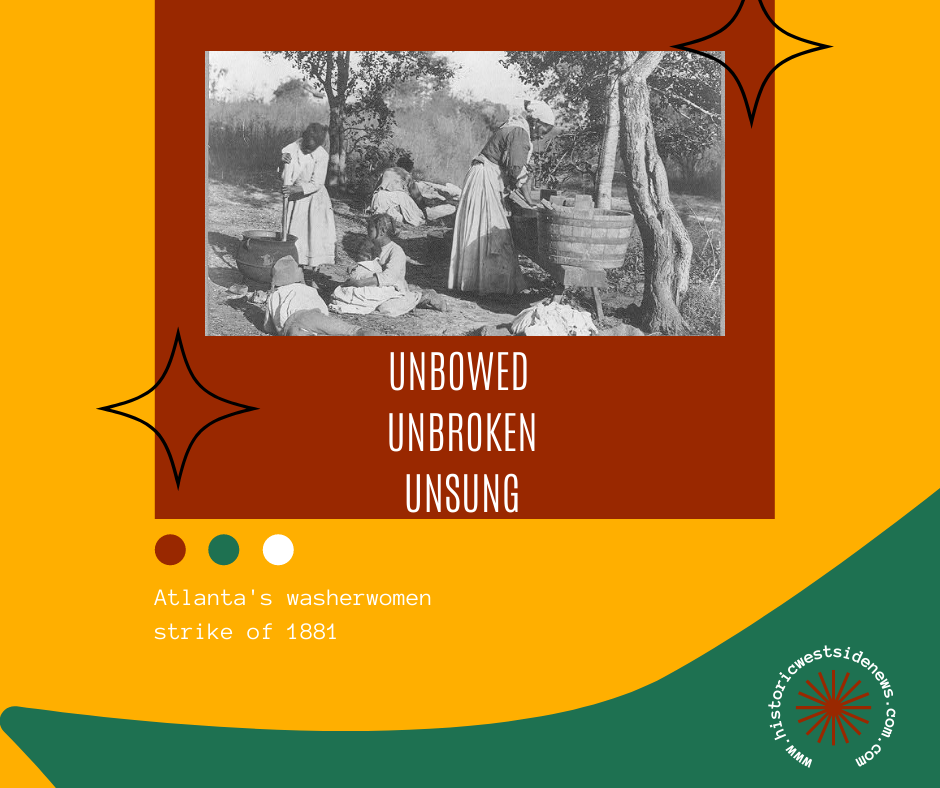 As Women’s History Month comes to an end, Historic Westside News celebrates the outstanding achievements of Black Women throughout American history and continues to celebrate the work that remains ongoing through various movements and organizations. One such movement, The Atlanta Washer Woman’s Strike, was led by formerly enslaved women who went on strike for higher wages. In the summer of 1881, the laundresses took on Atlanta’s business and political establishment.

These “Washing Amazons,” as their opponents called them, canvassed door to door, urging laundresses across the city to support the strike. In an extraordinary sign of interracial solidarity for the time, they even included white laundresses, who were barely 2 percent of laundresses in the city—

The Washing Society grew from 20 to 3,000 strikers despite arrests, fines, and proposed fees. Inspired by these “Amazons,” other domestic workers began demanding higher wages, including cooks, maids, nurses, and hotel workers. With the Cotton Exposition only weeks away, employers—aware of the magnitude of the black labor unrest—knew they couldn’t find replacement workers. So the following week, the City Council rejected the proposed fees, and the laundresses had prevailed.