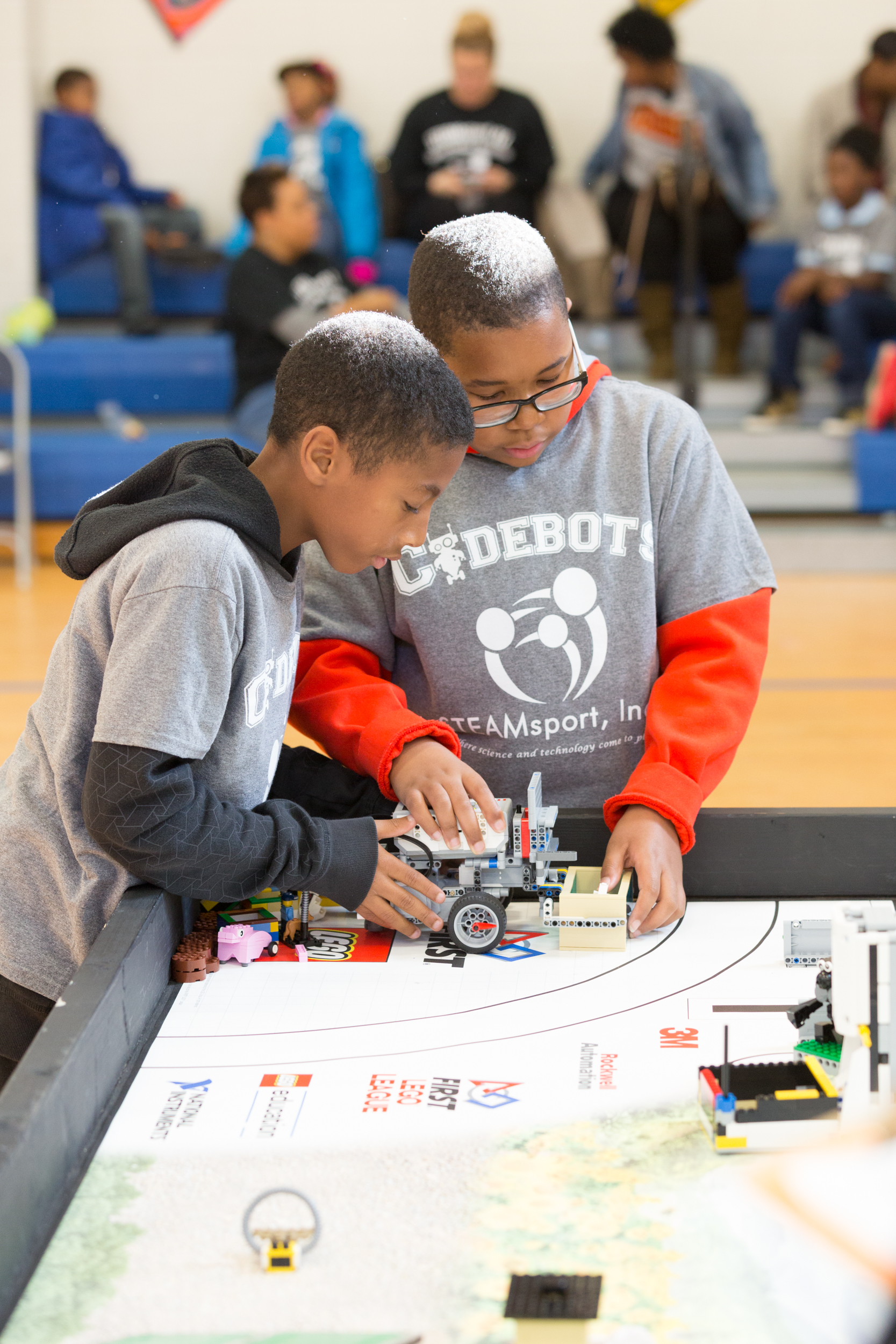 What if I told you that over 40 youth from the Westside Communities representing M. Agnes Jones Elementary, Brown Middle School and Hollis Innovation Academy competed in a tournament where they displayed their skill, hard work and dedication to their craft?

What if I also told you that Westside Communities residents and stakeholders including Atlanta Public Schools, The Atlanta Housing Authority, University Choice Neighborhood, Atlanta University Center Neighborhood Association and private residents would come out on an early Saturday morning to welcome and support students during this tournament? Would you think this was basketball, baseball or soccer tournament? Maybe a spelling bee or science fair.

Over 50 students from the Westside Communities, along with students from other schools and organizations around metro Atlanta, competed in a robotics competition testing their robot building and programming skills along with core values, teamwork and presentation.

Community stakeholders served as tournament judges, referees, and event volunteers combining both tournament rule enforcement with kind and gentle guidance.  It was an action packed day where students from different walks of life came together to compete and celebrate STEAM.

At the end of the day 7 teams advanced to the First Lego League Super Regional Tournament including the Codebots from Brown Middle School.

Thanks to all of the participants, coaches, volunteers, stakeholders for making this event a success. Next year will be bigger and better!!!