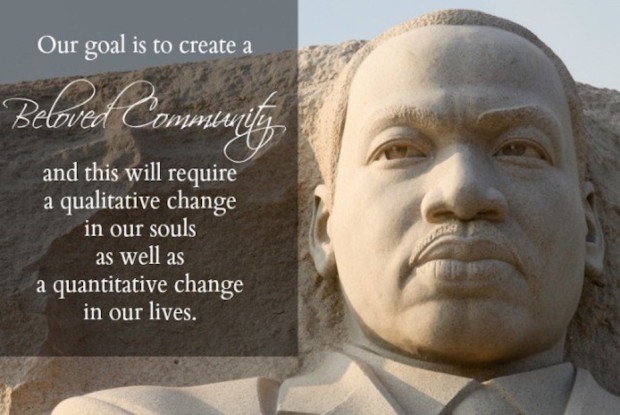 Gentrification of urban American cities is a complex phenomenon with social, political and economic implications. It represents a double edged sword with both opportunities and challenges. The infusion of higher income individuals into urban centers generates increased renewal investments in blighted communities and much needed revenue to local municipalities to afford much needed infrastructure and service delivery improvements. Unfortunately, gentrification and displacement are manifesting as synonyms nationally as the urban center across our nation thrives to attract upper-middle-income families while displacing current residents and excluding the working poor and altering the cultural and historical fabric of urban America.

Gentrification can be managed and provide an opportunity for Atlanta Georgia to honor its most noted son and drum major for social justice: Dr. Martin Luther King Jr.  Atlanta can once again shine as an urban American city “Too Busy to Hate” and redefine the G word. We are in a moment of opportunity for the creation of the “Beloved Community,” a community of racial and economic diversity. But it will not just happen, it must be intentionally developed. It is simple, but requires authentic partnerships between community, political and private stakeholders committed to the possibility the “Beloved Community.” It will require a resident retention plan that prevents forced displacement, inclusionary Affordable Housing Policy that supports mixed income and racial diversity by acknowledging the area medium income, and a Tax Abatement program to protect vulnerable home and business owners.

The Historic Westside Community is posed with the opportunity to manifest not forced displacement, but demonstrate how to align urban transformation with Dr. Martin Luther King Jr.’s vision of “The Beloved Community.” A community where justice and equality is the order of the day; an authentic mixed community where all can live, change and grow without the destruction of the Historic Westside Community’s cultural integrity.

As residents and stakeholders we will either fulfill or betray the vision of the beloved community based on our actions or inaction. There is a critical need for advocacy on behalf of the often marginalized long-term residents in gentrifying communities; we have the opportunity to shift that.  Where do you stand? I shall continue to thrive to be a drum major for justice, equality and inclusion for the establishment of the “Beloved Community.”