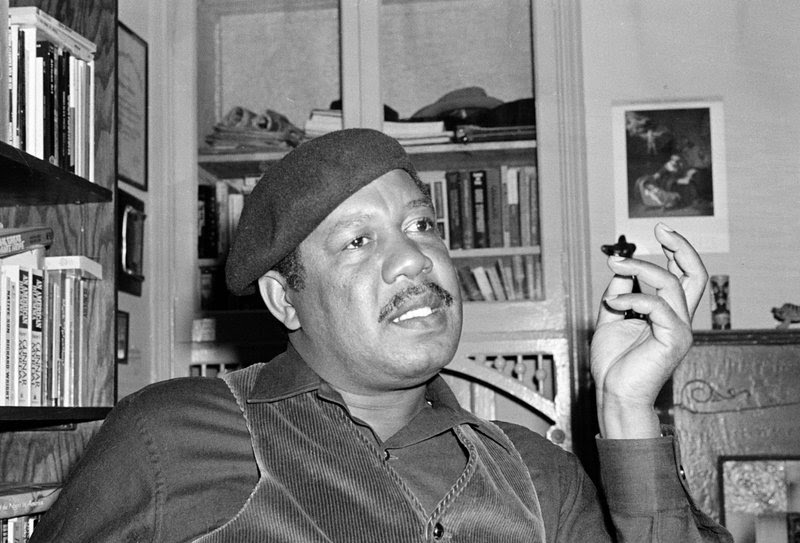 Uncategorized
Ernest Gaines is one of those legendary southern writers. He passed yesterday but his presence will always be felt and known in America. While he was a prolific writer, he is perhaps best known for the novel ‘The Autobiography of Miss Jane Pittman’.  Regarding activism in the south and his written contributions, I appreciate the statement from the article below regarding his role in the demands for justice:
Gaines found that using his storytelling gifts meant more than militant civil rights action. “When Bull Connor would sic the dogs, I thought, ‘Hell, write a better paragraph.’
Below  is a video of an interview with him in 2000 by the American Academy of Achievement.
By CHEVEL JOHNSON and REBECCA SANTANA
November 4, 2019
Associated Press
NEW ORLEANS (AP) – Novelist Ernest J. Gaines, whose poor childhood on a small Louisiana plantation germinated stories of black struggles that grew into universal tales of grace and beauty, has died. He was 86.
The Baton Rouge Area Foundation, which sponsors a literary award in Gaines’ honor, confirmed he died Tuesday in his sleep of cardiac arrest at his home in Oscar, Louisiana.
“Ernest Gaines was a Louisiana treasure,” foundation president and CEO John Davies said in a statement. “He will be remembered for his powerful prose that placed the reader directly into the story of the old South, as only he could describe it. We have lost a giant and a friend.”
Louisiana Gov. John Bel Edwards said in a statement that Gaines “used his immense vision and literary talents to tell the stories of African Americans in the South. We are all blessed that Ernest left words and stories that will continue to inspire many generations to come.”
“A Lesson Before Dying,” published in 1993, was an acclaimed classic. Gaines was awarded a “genius grant” that year by the MacArthur Foundation, receiving $335,000.
Both “The Autobiography of Miss Jane Pittman” (1971) and “A Gathering of Old Men” (1984) became honored television movies.
The author of eight books, Gaines was born on a plantation in Pointe Coupee Parish. His first writing experience was writing letters for illiterate workers who asked him to embellish their news to far-off relatives. Bayonne, the setting for Gaines’ fiction, was actually New Roads, Louisiana, which Gaines left for California when he was 15.
Although books were denied him throughout his childhood because of Louisiana’s strict segregation, which extended even to libraries, he found the life surrounding him rich enough to recollect in story after story through exact and vivid detail.
In “A Lesson Before Dying,” for example, the central figure is the teacher at the plantation school outside town. Through the teacher, whose profession Gaines elevates to a calling, the novelist explores the consistent themes of his work: sacrifice and duty, the obligation to others, the qualities of loving, the nature of courage.
Gaines found that using his storytelling gifts meant more than militant civil rights action. “When Bull Connor would sic the dogs, I thought, ‘Hell, write a better paragraph.’
“In 1968, when I was writing ‘The Autobiography of Miss Jane Pittman,’ my friends said, ‘Why write about a 110-year-old lady when all of this is going on now?’ And I said, ‘I think she’s going to have something to say about it.'”
What Gaines’ characters said about it achieved a power and timelessness that made him a distinctive voice in American literature. Much of the appeal of his books is their seeming simplicity and straightforward story line. “I can never write big novels,” he always maintained. But the questions he explored were the eternal ones great writers confront: what it means to be human, what a human lives and dies for.
A large, gentlemanly man with a certain bohemian air – braces and berets were favorite attire – and a stately manner, Gaines was devoted to friends and family. When he married in 1993 at age 60, he celebrated in Lafayette, New Orleans, Miami, and San Francisco, so the gatherings could include his intimates. Dianne Saulney Gaines is an assistant district attorney for Dade County, Florida. The couple divided their time among various abodes but spent the MacArthur money on a year in France and other travels.
Gaines spent the fall teaching creative writing at the then-University of Southwestern Louisiana in Lafayette (now University of Louisiana at Lafayette) since 1983. It’s only about an hour’s drive from his childhood home.
He could not write and teach at the same time. He needed five or six hours each day devoted to writing and “I can’t write a couple of days and skip two or three days.”
“A Lesson Before Dying” took seven years.
“I work five days a week, just like a regular job. I get up in the morning, do a little exercise, eat a little breakfast. I’m at my desk by nine in the morning, work until three with a little break for lunch,” he said. His literary influences were eclectic. Since he got a late start as a reader, he read with a vengeance.
“I discovered John Steinbeck … then Willa Cather … then the great 19th Century Russian and French writers, writers like DeMaupassant and Flaubert. Then I discovered Ivan Turgenyev, the great Russian classicist. He wrote small novels where everyone wrote big novels. … (Turgenyev’s) ‘Fathers and Sons’ was one of my favorite books when I was a young man. It was my Bible when I was writing my first novel, ‘Catherine Carmier’ (1964),” he said.
Other books include “Of Love and Dust” (1967), “Bloodline” (1968), “A Long Day in November” (1971), and “In My Father’s House” (1978).
Among his numerous awards, Gaines received prestigious grants from the National Endowment for the Arts and the Rockefeller and Guggenheim Foundations. He held honorary doctorates from five colleges and universities.
The Ernest Gaines Award for Literary Excellence will continue as his legacy. It will be presented Jan. 30 to a rising African American author.
___
Former Associated Press writer Cain Burdeau prepared material for this story.