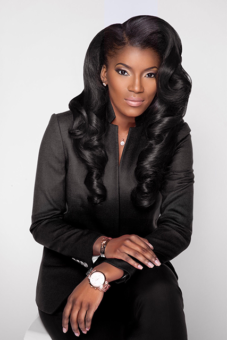 As a Millennial, I understand the importance of prayer. When I was bullied at school, I hit rock bottom. My grades slipped, my self-esteem plummeted, and my courage vanished due to not feeling safe in school. I included prayer in the morning before school started to break the cycle of fear.

When I found prayer, I decided to make it my first priority and not my last resort. As a result, I walked with my head high, and had more pep in my step. My teachers even noticed a difference in my behavior. The little girl who would avoid class presentations became the first student to raise her hand in class discussions. I was no longer afraid of what people would say about me. My test scores increased significantly. The problems I had on campus diminished. Trust me, prayer is more powerful than you think.

In 1963, a woman presented the idea to end school prayer in public schools. Madlyn Murray decided to use her unbelief to silence young believers. In 2018, I’ve presented a plan to put prayer back into its rightful place. I believe students, regardless of their age or religion, should have the freedom to pray however they may choose. It is unlawful to prohibit student’s right to exercise their freedom of speech.

Across the United States, several students are forced to sweep their faith under the rug. Now, we have the opportunity to undo what’s been done. The Abington School District v. Schempp case of 1963 resulted in the U.S. Supreme Court’s elimination of school-sponsored religious activities and school prayer. Although the U.S. Supreme Court made that decision over 50 years ago, a recent poll from Gallup reveals that 61% of Americans are in favor of allowing daily prayer to be spoken in the classroom.”

In Seattle, an assistant football coach, Joe Kennedy, was fired from a Washington State high school for praying on the field before and after games. The Bremerton School District did not want to be perceived as endorsing religious activity. He was asked to stop when the practice was brought to the school districts’ attention.  , Kennedy persisted by silently taking a knee and praying. He was sued by the school district because he allegedly violated others religious rights. The First Liberty Institute, a Texas-based legal organization that focuses on religious freedom cases, requests the U.S. District Court in Tacoma, to rule in favor of his pre- and post-game prayers. It should not be against the law to pray to a God we trust here in America.

With mass school shootings like Virginia Tech (a gunman killed 32 people), Sandy Hook ( a gunmen killed 26 ) and the Kentucky school shooting by a teenager on January 23, 2018. Youth are afraid to go to school and must find peace in the classroom. What if the moment of silence became the moment of prayer? I know prayer can make all of the difference.

Our students deserve a safe environment to learn and pray.

States across the Country are moving in the right direction. Alabama allows any teacher or professor in any public educational institution, within the State of Alabama, who recognizes the Lord God  to pray and lead willing students at the beginning of any homeroom or any class. . Montana allows any teacher, principal, or superintendent to open the school day with prayer. In North Dakota, students may voluntarily pray aloud before, during, or after the school day.

Georgia, it’s our turn to provide religious freedom. Our plan is to introduce a bill to the house committee that will allow a one minute moment of prayer after the pledge of allegiance. Please help me to get prayer back in school here in Georgia. Join me to #MakeAmericaPrayAgain. You can follow my movement on social media @TopazBryant and visit TopazBryant.com on how to get the ball rolling.