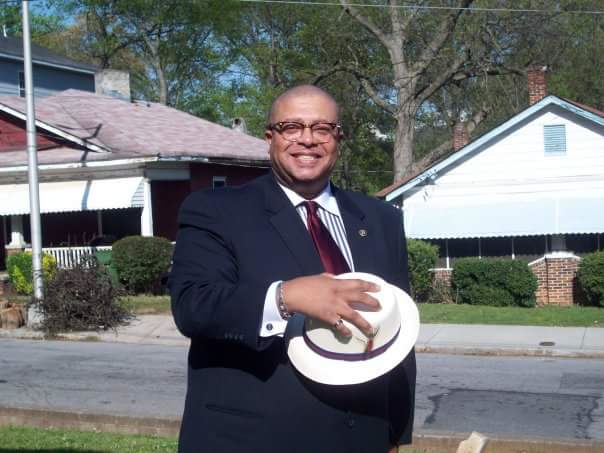 Neighbor and community is often used interchangeably; however, a neighborhood is defined as a district, forming a community within a town or city; a community is defined by a group of individuals sharing common goals aimed at a unified achievement.

Unresolved conflicts within a community by neighbors who can’t reconcile their differences with one another creates chaos. Unresolved chaos can adversely impact the pursuit of their common goals.

Conflicts fester beneath the surface and reappear at the worst possible times. This is unfortunate because trust and cohesiveness among neighbors is essential to garner trust as they seek to achieve the common goals of our neighborhoods.

Constructive well-organized engagement dedicated to resolving conflicts can prove beneficial toward moving participants toward successfully achieving closure. Often redirecting conversations toward the neighborhood goals rather than the personal opinions of fellow participants might help resolve a conflict. You will at some point have opinions on some issues where you both know where you want to go but each is committed to a different path to get there. Individuals committed to progress should defer to the will of the larger body for reconciliation and be willing to accept their decision. No one person’s perspective should outweigh the collective will of the body. Respectfully agreeing to disagree on terms where a consensus is not likely. No issue should be worth sacrificing our constructive coexistence or diminish our collective voice.

If identifying pathways to stabilization and transformation of your neighborhood is your common goal, you must choose individuals with objectivity and humility who hear and respect the will of your neighborhood as leaders. Individuals you can trust to strongly advocate and implement your common goals. Not their agenda. Honorable and ethical conduct of elected officers representing you might sound like a cliché. It is the most important prerequisite you should consider. Your officials should understand your neighborhoods direction. Your officials should have a proven history of support and advocacy for those neighborhood goals and working with you to successfully achieve the goals that you have set forth as an ACTIVE PARTNER. Your officers work for you. Elect the most qualified not because they say so because you know so.

Neighborhoods are its residents, businesses, and corporations. It is its churches and faith organizations; its schools and institutions; its non-profits and community developers. Which of these groups within a neighborhood’s constituency is best qualified to speak for you or enter an agreement on your behalf?

Maybe it’s the Neighborhood Planning Unit (NPU) or maybe it’s a Neighborhood Association. Ultimately the people should decide. Codes of conduct must be established and followed by your officers and members. Neighborhood organizations and associations can become polarized and driven by the politics and personalities of individuals when there is a lack of constructive policies and procedures to guide them. Now weave into the neighborhood demographic developers, investors and profiteers. Some of them, not all, with less than honorable intentions. If they share the common goals of the association over time they may broker a strong well deserved voice within your neighborhood leadership. That’s a commitment that can’t be expressed in words alone. However, its hard once you have assigned a role of responsibility to take that assignment back. There is nothing worse than turning over the reins of leadership to individuals whose personal interest outweigh the common goals established by your neighborhood. Are they qualified to speak for you?

I remind you in case you have forgotten that the Neighborhood Planning Unit or the NPU system created by Mayor Maynard Jackson are citizen advisory councils that make recommendations to the Mayor and City Council on zoning, land use, and other planning issues. Though their advice over these matters is critical. The process they administer was designed to advise over limited issues not to administer, advocate or conduct business on behalf of numerous neighborhood constituencies with a multitude of unreconciled disputes which NPUs by law are not authorized to render.

Neighborhood Associations are different. They play a vital role in representing the interests of residents and enhancing the local community. A well-organized association can have a significant impact on the quality of life in a neighborhood. Neighborhood Associations are formed for a lot reasons. Some organize to address a concern. It is a fact that when neighborhoods organize, they acquire power by joining together to accomplish something. Well organized Neighborhood Associations can absolutely help build community by engaging and utilizing the diverse skills of its residents to solve problems. The most successful examples are associations that align themselves with assets both within and outside of the community that strengthen their capacity to respond and implement the common goals and objectives necessary for stabilization and transformation of their neighborhoods.

The historic borders that separate many of your neighborhoods are blurred because they are contiguous and share many of the same challenges. Increased crime, poorly performing schools, a lack of goods and services and neighborhood resources. Many residents have relocated to other areas for a better quality of life. There is strength in numbers. As populations decrease across neighborhoods that should justify more conversations across neighborhoods to strengthen your collective voice. This will not make the job easier but neighborhoods standing united with common goals are more powerful. These same neighborhoods competing against each other for what’s offered rather than demanding from what your entitled will limit you to accomplish only what your allowed.

Well organized corporate structures that welcome business to be conducted led by the neighbors. Neighborhood Associations who collaborate to strengthen the neighborhoods capacity and provide a seat at the table for everyone in the neighborhood. Neighborhood Associations where transparency and a commitment of ethical conduct is the norm. This will result in greater dividends by first earning the trust of neighbors, respect of governments, funders and philanthropic organizations. A unified neighborhood could result in greater expectations and greater results. When Community Benefit Agreements are discussed the total community will then be empowered to engage, negotiate and sign agreements. Who do you trust to sign your agreement now?

From 1990 to 2002 Atlanta City Council District 3’s Vine City and English Avenue neighborhoods benefited from the Empowerment Zone and the Westside Tax Allocation District (qualified byn requirements established for Westside TAD boundaries). Each had its share of plans followed by great

Today Vine City, English Avenue, Castleberry Hill Neighborhoods after five months of robust community engagement through the creation of a Community Benefits Plan Committee successfully completed a Community Benefits Plan for their neighborhoods . The common goal that everyone agreed is that there would be a priority to direct new investments first in people. That led to the investment of 100s of millions of public and private dollars for the implementation of the common goals in many areas including,

coming together to establish common goals. Without that consensus, we could not have encouraged the support of local governments and its agencies. The philanthropic, corporate and other funders would not have considered supporting the many of the outstanding needs embodied in their goals without a well vetted plan and well thought out strategies to implement every goal. Despite this success, the work is far from over. There is work happening right now to take what has been learned to all the neighborhoods throughout Atlanta’s Westside.

The successes of Westside Neighborhoods, Government, Philanthropist and the confidence instilled in the leaders of these groups have encouraged the creation and interest of the Westside Future Fund (W.F.F.). The W.F.F. is a not-for- profit organization of Atlanta community leaders who believe in the future of Westside neighborhoods and are committed to helping the area grow. As I sit on their Board of Directors we have already moved the boundaries outside of the Westside Tax Allocation District to include other communities west of Joseph Lowery Blvd. We are working with other Westside neighborhoods to identify additional financial incentives to address their common goals. We will support what has worked but we are looking at building new ways to support all the neighborhoods on the Westside with innovation and creativity to strengthen their capacity to address their common goals

A COMMUNITY for comprehensive stabilization and transformation of the whole Westside. Only a united Westside can make this happen.